30 km from Essaouira, Sidi Kaouki, a wild beach, known mostly by his marabout who attracts people for his baraka. Nowadays, it mainly attracts lovers of water sports, surfing, windsurfing and kitesurfing, thanks to the wind that blows all year round this part of the ocean. From the 2000s onwards, inns, hotels, guesthouses and campsites flourished, as the site gained in reputation in Morocco and abroad. 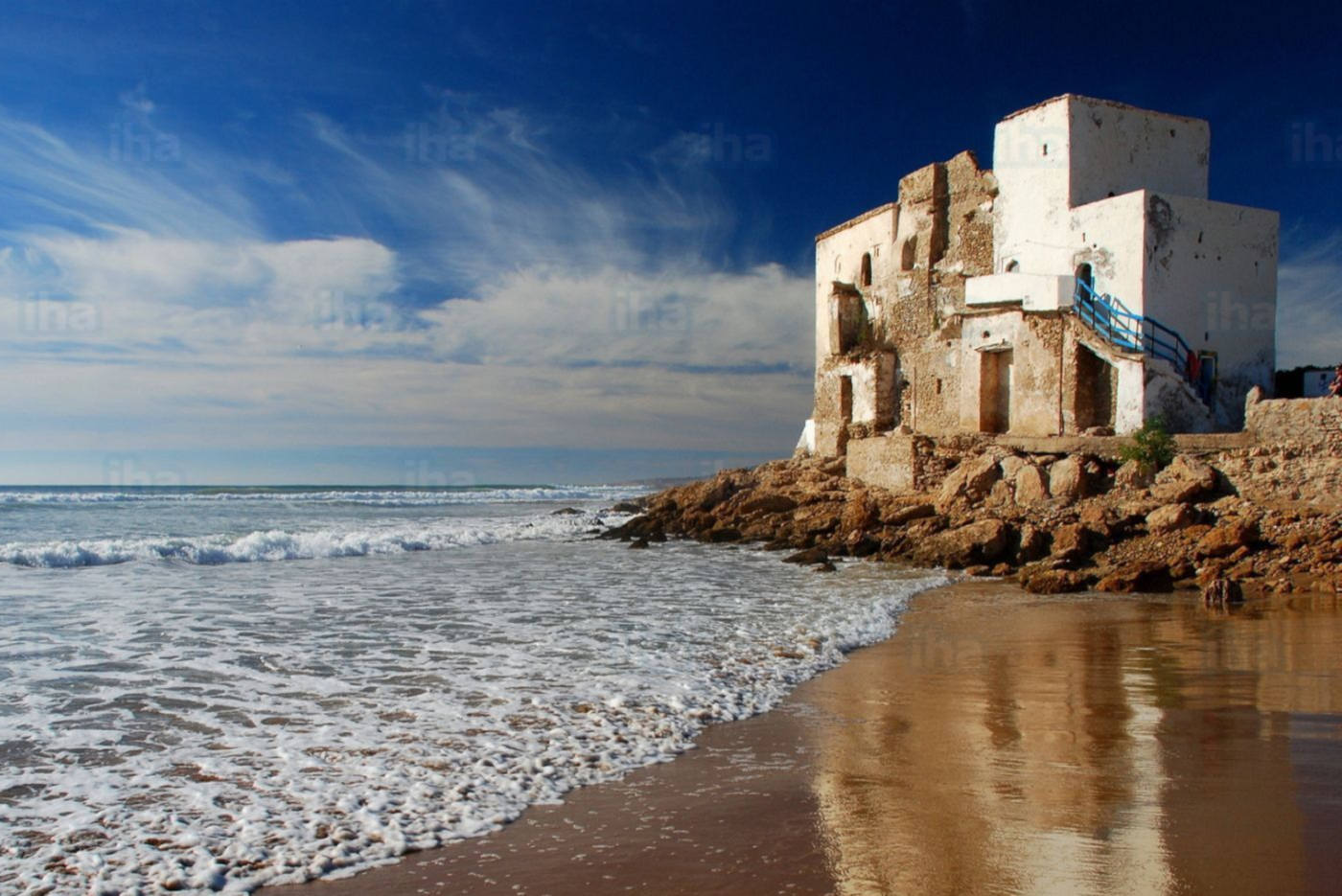 the trip is worth the detour: stretching for several kilometers, the sea awaits you and invites you to a well deserved dip. First step imposing itself to any visitor, the carpark of the village: a small center where shops, cafes and other small restaurants coexist. On its right flank, hoisted on a hillock overlooking the Atlantic, sits Saint Kouki.

The populations of the douars and neighboring localities still come to implore the baraka (blessing) of the marabout, while observing an ancestral ritual: slaughter a sheep, and cut the hair to small children hoping to have the blessing of the saint. Until recently, before it was replaced by a festival of singing and folklore organized by a local NGO, an annual moussem celebrated in August brought together the Berbers of the region around the saint.

When was the construction of this marabout and its cupola? Nobody knows it. this presence is estimated to be at least three centuries old. 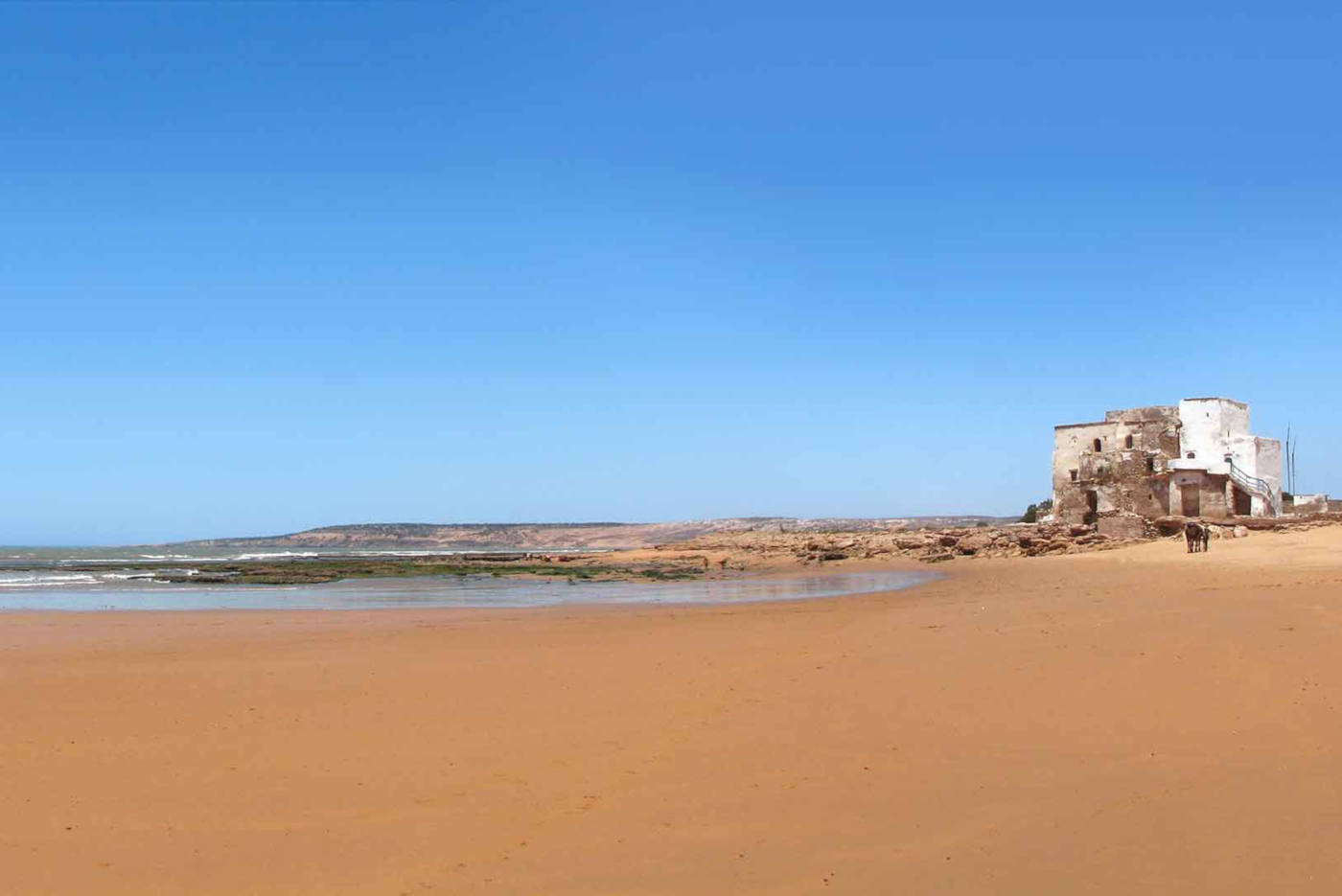 Another version claims that Kaouki is the eponym of a certain douar located in the vicinity of the city of Safi … Whatever the baraka of the saint, as is the case for dozens of marabouts in the region (Sidi M’barek, Sidi Ahmed Sayeh …), continues to attract a crowd of faithful who believe hard as iron to his powers of healer.

Downstairs, in the funeral room with an arched ceiling, rests the burial of the deceased wrapped in a red and green cloth. A few women seated, back to the wall, staring at the tomb hoping for a remedy to their sterility. Ocean side, a spiral staircase of about twenty steps leads to a small terrace where the visitor can enjoy, in all its splendor, the Atlantic Ocean and waves dying on the sand dunes.

Deserted until the 1970s, and the chance of their bohemian pilgrimage, some hippies discovered this beach, but it was not until the 2000s that its reputation gained ground in Morocco and internationally. Tourists, fleeing civilization and its stress, come for a moment of relaxation and serenity, and it is this side of time that fascinates them.